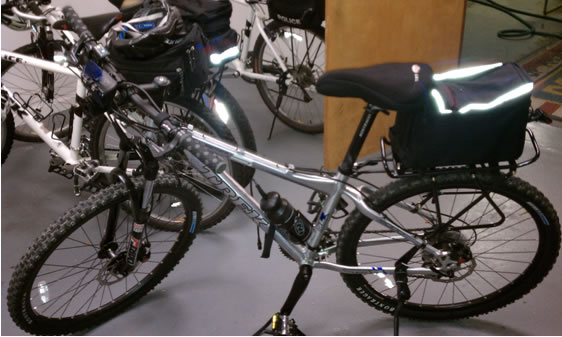 Focus
The Bike Patrol Unit focuses on the areas of the city which are more accessible by bicycle than patrol vehicles. These areas include, but are not limited to: pathways, city parks, and alleyways in high-crime areas. Since the bicycle can maneuver in areas that a vehicle cannot, the response time for a bicycle officer can be quicker than that of an officer in a vehicle.

Benefits
One of the many benefits to community policing includes the accessibility of a patrol officer. Bike patrol officers are more approachable by the public on the bicycle, which creates a positive interaction with the overall community. The Bike Patrol Unit also participates in annual bicycle education programs.
View All
/QuickLinks.aspx
Visit Radford
Parks & Recreation
City Council
Library
Online Payments
GIS Mapping
[]